The incumbent for Edinburgh South is desperately fighting off another SNP resurgence.  Ian Murray has held onto the seat since 2010 and was the only Labour candidate to win a Scottish seat in 2015.  Over this period he has bucked the national trend towards the SNP and actually increased his majority at each election.  He is currently defending a healthy looking 15,514 majority, the largest majority of any MP in Scotland.  However, Labour is currently polling dreadfully across the UK, but no more so than in Scotland, a former Labour stronghold where the party is currently trailing in fourth.

Perhaps it is this woeful state of affairs that has led Murray to campaign more or less as an independent.  Although he is standing on a Labour ticket, he has airbrushed any mention of Labour from his campaign material. 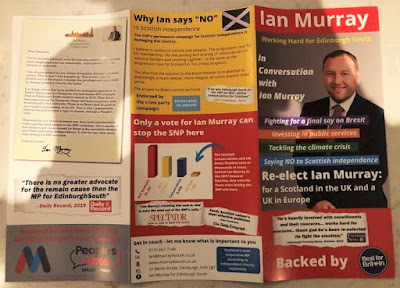 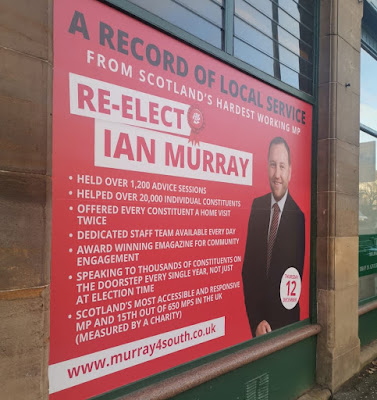 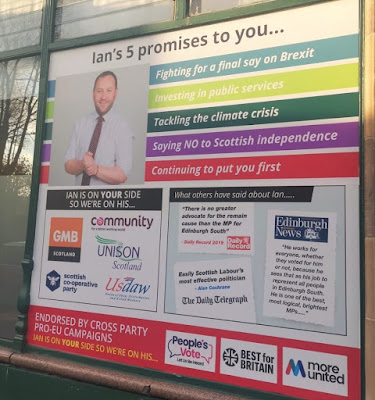 One trades union that doesn't appear on Murray's campaign material is Unite.  Despite his achievements in holding the seat, last month Unite tried to have him face one of Labour's notorious trigger ballots.  However, Corbyn's Soviet footsoldiers had not sufficiently infiltrated Murray's local party in order to force him into seeking reselection.  Corbynista candidates will dominate this election campaign for Labour, but Murray has successfully withheld the purge.

He will probably fend off the SNP as well, but other Scottish Labour MPs are likely to fall to the SNP sword, whether they endorse their own party or not!