Jeremy Corbyn told a reporter today that Britain has the "lowest levels of recycling in Europe".  This was later picked out by City AM editor Christian May as a blatant lie.  According to the European Environment Agency the UK is among the top ten recycling nations in Europe, ahead of France, Italy, Spain and his beloved Ireland. 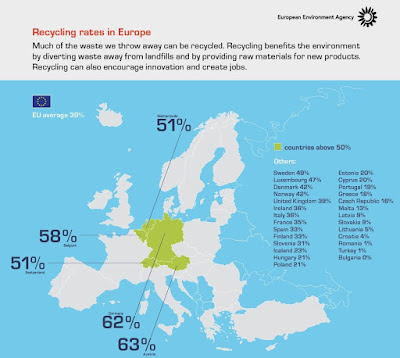 Why does Corbyn have to do our country down at every opportunity?