FOOTBALLER SCORES AGAINST THE LEFT

A professional footballer has evoked the fury of the left by daring to criticise Jeremy Corbyn.  Lyle Taylor took exception to Labour's persistent attacks on the super rich. 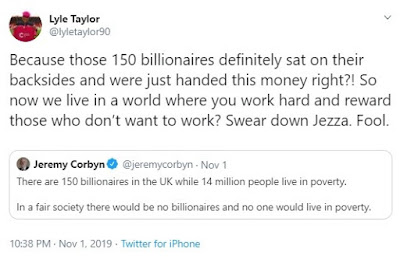 One could hardly accuse Lyle of being a billionaire himself.  He currently plays for Championship side Charlton Athletic, the highest level of league football he's achieved to date.  Predictably he came in for a barrage of abuse from Corbynista keyboard warriors, but the centre-forward wasn't quite finished and subsequently went to town on the trolls. 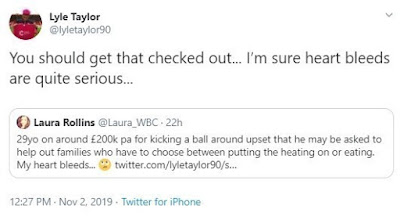 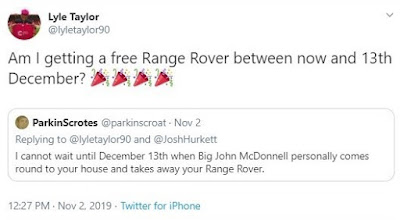 One troll referenced Lyle's fundraising efforts for Cancer Research UK, in which he's dyed his hair pink during October two years on the bounce. 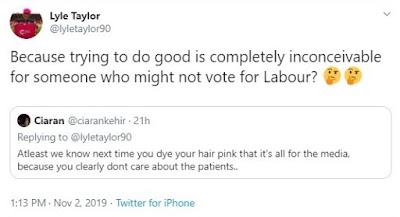 Finally, he posted this hilarious picture to the top of his feed. 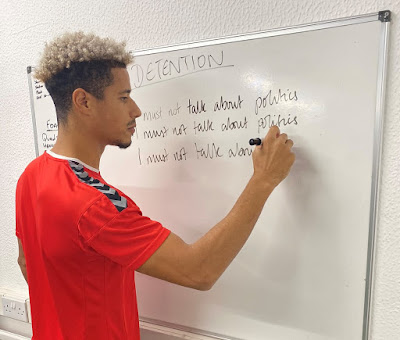 One more thing to note about Corbyn's current crusade against wealth is the fact that when he embarked on this a few months ago he referred to "millionaires".  When it was pointed out that he is himself a multi-millionaire, Corbyn rebranded the campaign to target billionaires.