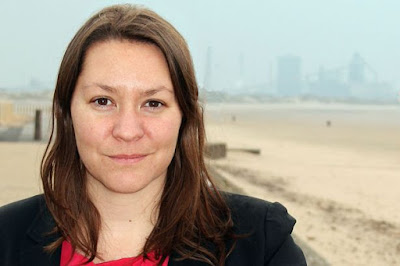 Redcar MP Anna Turley has been espousing the myth of a 'Tory right-wing Brexit'.  There is nothing particularly 'Tory' or 'right-wing' about Brexit.  It is simply the implementation of the Leave mandate handed to Parliament.  Labour agreed to hold the 2016 referendum, along with every other party (except the SNP), so what is she saying?  Is it that the result itself was facilitated by Tories?  If so this is a huge insult to swathes of working class voters who have never voted Tory in their lives, but who backed Brexit.  LBC's Iain Dale took exception to her posturing and the pair became embroiled in a lengthy Twitter exchange. 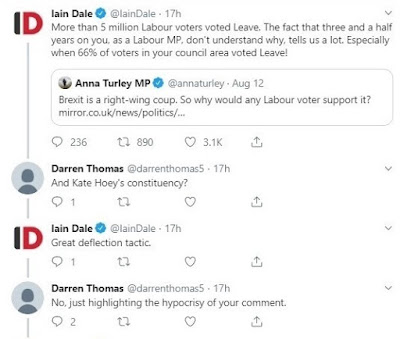 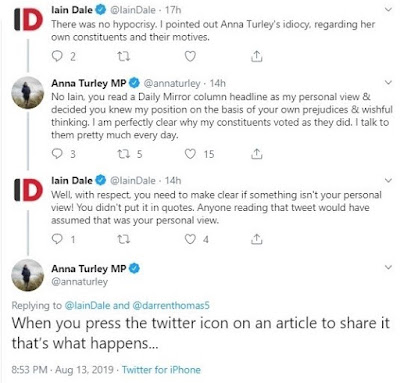 A nerve was clearly touched as Turley went on to engage other Twitter users on the same thread. 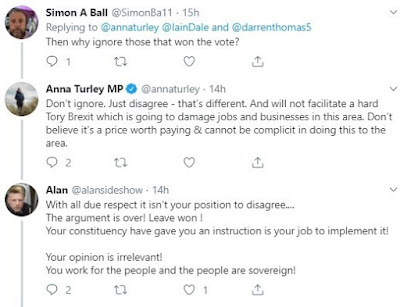 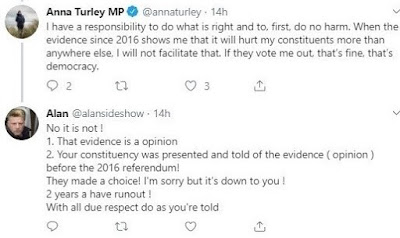 As Twitter user Joe Elliott pointed out, Turley's anti-Brexit stance directly contradicts what she was saying two years ago.  She didn't respond to this tweet, but it tickled George Galloway. 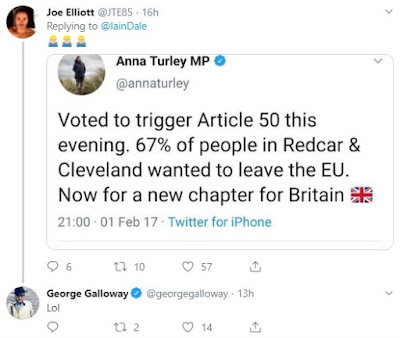