Chris Williamson is apparently desperate to take up the Labour whip again, but many of his Parliamentary colleagues are not so enthusiastic.  Dozens of Labour MPs have publicly expressed their opposition to his potential reinstatement.  When Williamson tried to stage a rally in Brighton this week, the local Labour MP (Peter Kyle) persuaded the venue to cancel his booking.  He was also involved in a Twitter spat with Neil Coyle, at the end of which Coyle blocked him.

Williamson's fanatical supporters routinely dismiss his critics as 'Blairites', 'right-wingers' and 'Zionists', but a new run-in suggests he is running out of friends on the left as well.  Clive Lefty Lewis responded to one of Williamson's recent tweets by calling out his "divisive crap".  Williamson, predictably, bit back... 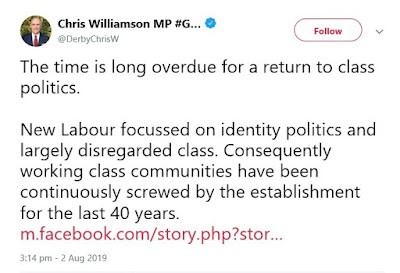 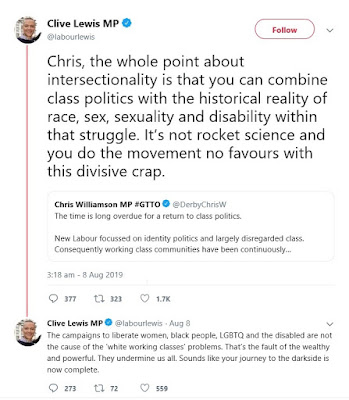 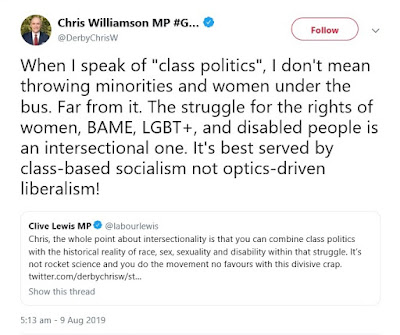