WHAT REALLY HAPPENED IN GOVAN 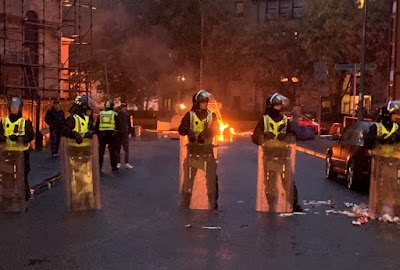 The BBC and other media outlets are talking about an "Irish Unity" march in Govan last night.  This is perhaps deliberately misleading.  The march was led by an organisation called Saoradh, a far left Irish republican organisation linked to the 'New IRA'.  The New IRA, better known as the 'Real IRA' (responsible for the Omagh bombing), were behind the murder of journalist Lyra McKee in Londonderry earlier this year.  Naturally, many locals were not happy about having IRA supporters parading through their streets and organised a counter protest.  Leaflets were posted to homes in the Govan area ahead of the march (see below) 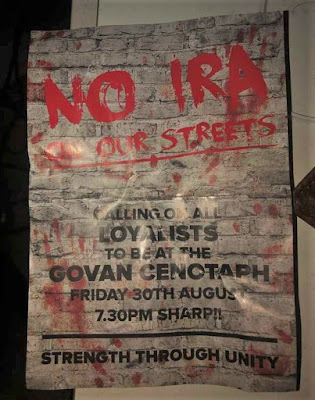 It didn't take a genius to work out what happened next.  Hundreds of Glaswegian loyalists arrived to confront the marchers, barricades were set up and smoke bombs and missiles were thrown.  Hundreds of riot police were deployed, including mounted officers, dog handlers and air support.

So how was this allowed to happen on mainland streets?  Courtesy of Glasgow City Council of course, currently overseen by a minority SNP administration.  The council were quick to condemn the violence as "unacceptable", much to the dismay of many Glaswegians who couldn't quite grasp how the march was allowed to go ahead in the first place.  The SNP and their supporters have long held republican sympathies as the two movements are both opposed to the British state and dedicated to dismantling the Union.  The SNP despises Union flag waving loyalists for obvious reasons.

The media decision to ignore the presence of Saoradh allowed them to paint a picture of innocent marchers being attacked by a loyalist mob.  The SNP will undoubtedly deploy the same tactic.

By an amazing coincidence guess who was also in Glasgow yesterday... 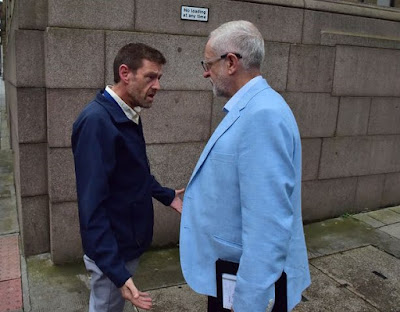