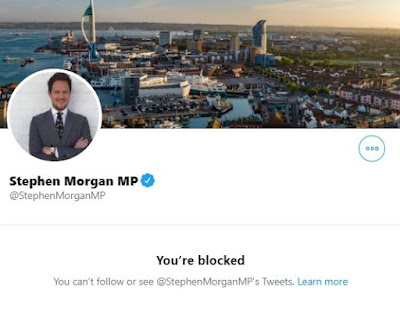 Our Twitter account has been blocked by yet another Labour MP.  Frontbencher Stephen Morgan was triggered when we pointed out the hypocrisy of virtue signalling to veterans while serving under a man who supports the IRA and sitting a few bums down from IRA supporters John McDonnell and Diane Abbott. 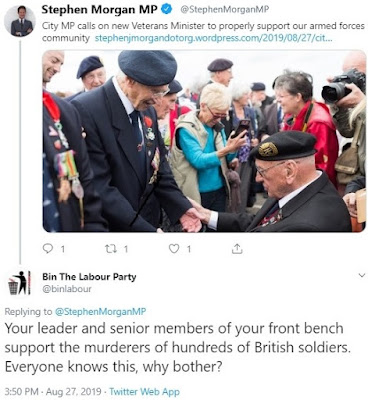 Morgan blocked our account on the same day he attended the big Church House meeting.  As a signatory to the anti-Brexit declaration he is at odds with his own constituency.  Portsmouth South returned a 52% Leave vote in 2016 and the incumbent is vulnerable in a snap general election.  He has a small majority after taking the seat in 2017 from the Conservatives.