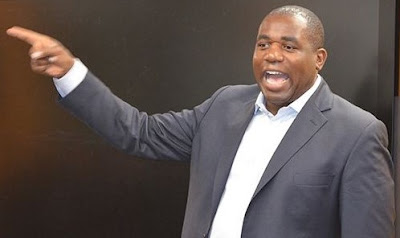 The Shadow Justice Secretary has given a clear indication of how he aims to proceed in his new role.  Yesterday Dave Lammy tweeted his outrage over an incident in which a man was tasered by police on a petrol forecourt in Stretford, Greater Manchester.  Naturally Dave neglected to mention that the man was later charged with eight offences, including drink driving.  The video shared by Lammy clearly shows the man resisting arrest and behaving aggressively when the second officer deploys his weapon.


This incident in Greater Manchester is very concerning, especially in front of a young child. @AndyBurnhamGM is completely right to ask for an independent review. All force must be proportionate.pic.twitter.com/DWaBZTxqSZ
— David Lammy (@DavidLammy) May 8, 2020

Note the time on Lammy's tweet - 3:25pm.  Greater Manchester Police had already released a statement earlier in the day at 12:56pm (see below, click to enlarge). 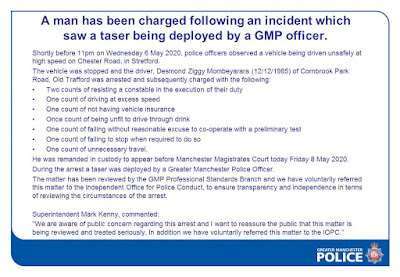 The force also reassured the public over the welfare of the child in the video, again this was put out prior to Lammy's involvement.  The second tweet from Greater Manchester Police stated: "We appreciate that a number of people have contacted us with concerns of the child.  We'd like to reassure the public that officers on the evening made sure that the child was safe, and was taken to a close family member to be looked after, following consultation with the father".  The fact the child was being driven at speed by an intoxicated parent appears to have been lost on Lammy and his race-baiting colleagues.  Afzal Khan, the Labour MP for Manchester Gorton, tweeted that he found it 'very alarming' the police had used 'undue force and in front of a small child'.

Andy Burnham, Labour mayor for Greater Manchester, said: "From what I have been told, it would appear that the officers were right to apprehend the individual.  He has subsequently been charged.  But it is not at all clear that the level of force used in this instance, particularly in front of a child, was proportionate or justified and that is why I have asked for an urgent and independent review to be carried out".

A small number of left-wing protesters defied the lockdown and descended on the scene on Saturday afternoon intent on stirring up trouble, accusing police of 'racism' and waving 'black lives matter' placards.  Protester Paul Davidson told local media: "I am here because this news has outraged black people nationally.  We are obviously keen to find out what the details are and whether there are other circumstances we haven't learned from the immediate clip".  He went on to say: "This sort of behaviour should not be expected by anyone in a civilised society".  Bear in mind that the placards the protesters held included the sinister slogan 'no justice, no peace'.  It's also worth noting that despite his assertion that the incident 'outraged black people', from the various photos of their protest just one black face can be seen among them. 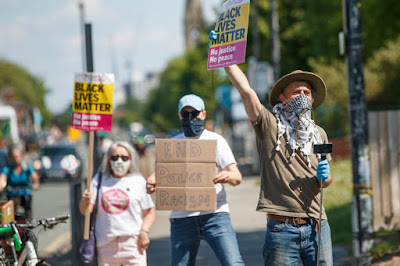 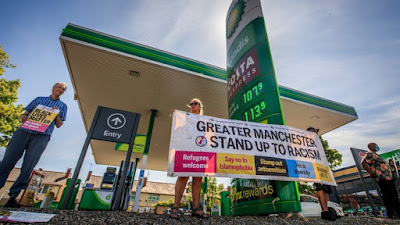 Mr Mombeyarara admitted most of the offences in court yesterday, but denied two counts of resisting a constable in the execution of their duty.  Regardless of his admission of guilt, the likes of Dave Lammy and the hard left have once again chosen to take up the side of the criminal anyway.  It's also a safe bet that if the criminal in this instance had fair skin their silence would be deafening.
at May 09, 2020