ELLIE'S BACK ON SKY

Schoolteacher Ellie Sharp appeared on Sky News again this morning, once again without any reference to her political activism.  We reported earlier this week how Miss Sharp was given airtime voicing opposition to the government's plan to re-open schools, but no mention of her Labour/Momentum background.  In early bulletins she was again introduced merely as a 'primary school teacher', but this changed as the day went on.  In a later bulletin Sky had added 'union activist' to her description.  Hours later this had been altered to 'Momentum activist'.  Finally! 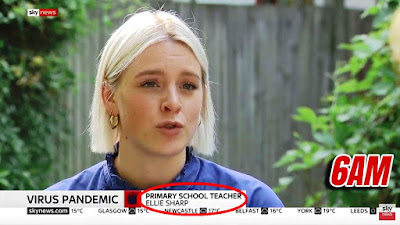 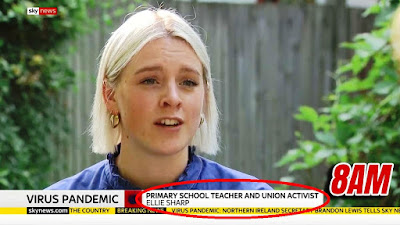 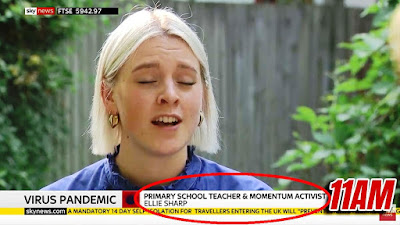 The blogger Guido Fawkes has also been drawing attention to the scourge of mainstream media deploying left-wing guests to criticise the government without acknowledging their political background.  Guido's Tom Harwood congratulated Sky News on their change of heart today, but Sky's Adam Boulton wasn't happy with the new-found transparency and lashed out at Harwood, bizarrely calling him a bully... 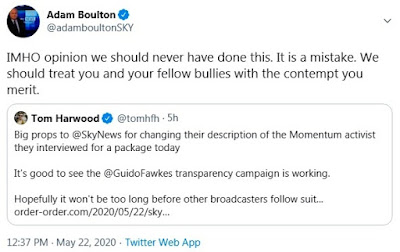 It's almost as if there's some left-leaning bias at work in Boulton's mind.  As for 'bullies', surely that's a bit rich coming from this guy...