END OF THE ROAD FOR JIM? 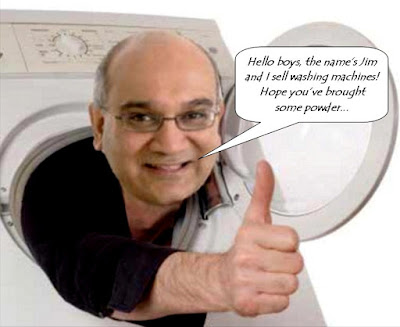 MPs are dropping like flies at the moment and not a ballot paper has been filled in yet.  Well, they've probably already filled in a few thousand in Tower Hamlets, but let's not digress.  Since the election passed through the Commons we've had the departure of Owen Smith (Pontypridd) and yesterday Adrian Bailey (West Bromwich West) also announced he would stand down, both unapologetic Remainers.  They were both among the eleven Labour MPs who opposed an election, fearing for their seats amid a Brexit backlash.  Tory Remainers Amber Rudd and Nicky Morgan have also announced they too are quitting.

Today it was announced that the Standards Committee has (finally) taken action against Keith Vaz.  One of the original 'teflon' MPs, Vaz has survived more scandals than we care to list.  Considering that his cocaine and rent boy exploits were exposed over three years ago, you could be forgiven for thinking that he'd escaped unscathed once again.  Unfortunately, that may yet to prove to be the case.  The Mirror reports that although Vaz has been suspended from the Commons for six months, the ban may only last two days because it will lapse after Parliament is prorogued next week.

So Keith could well be back in the Commons by Christmas if he is re-elected in December.  Of course he has to be re-selected by Labour in order to defend his seat and pressure is beginning to mount on the party to finally give him the boot.  Diane Abbott told reporters earlier:  "I think he should consider his position and I think he himself should agree not to be a candidate".  That's wishful thinking on her part, as Jim clearly possesses no shame whatsoever.  He has a whopping big majority in Leicester East and will be desperate to cling on yet again.  Watch this space. 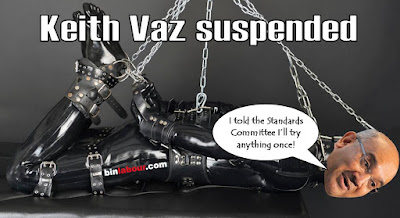