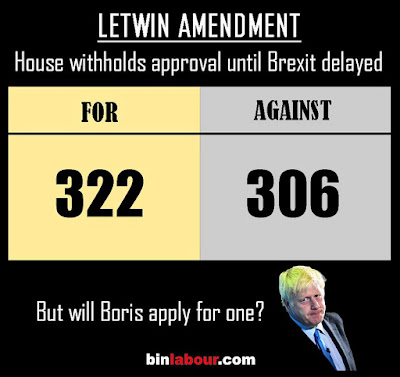 It's not clear at the moment what the next step will be.  Will the dreaded letter be sent and if not, what then?  What is clear is that despite various MPs arguing that this amendment is not about frustrating Brexit, one only has to look at the reaction of Remainers to it.

Credit where it is due there were six Labour MPs who opposed this amendment.  They were: