President Trump has now confirmed the death of Daesh leader Abu Bakr al-Baghdadi.  This is obviously great news for freedom lovers everywhere, albeit senior Labour figures have been strangely silent about it.  The Foreign Secretary tweeted that efforts to defeat Daesh must continue, but as yet not a word from his opposite number Emily Thornberry, a fact not lost on Corbyn critic Ian Austin... 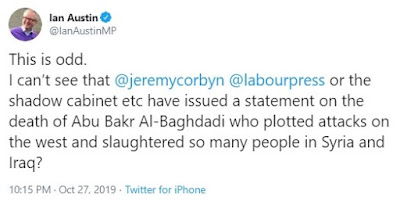 While many like-minded social media outlets have been quick to exploit the death of such a barbaric piece of shit, we cannot be so bold due to Facebook's relentless censorship of our page.  However, we did upload the following to Twitter.  You're welcome. 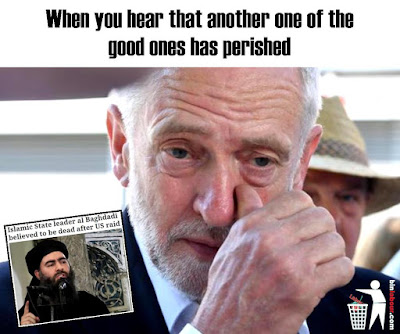