A nice touch from the marchers today as they arrived in Pontefract, West Yorkshire.  This is the seat of one of the most cynical remoaners in Parliament - Yvette Cooper.  Normanton, Pontefract and Castleford returned one of the strongest Leave votes in the country - 69% - but that didn't stop the odious Cooper from trying to sabotage Brexit at every turn!  Good work March to Leave!!


Tomorrow:  Pontefract to... Doncaster?  The original route, as planned, is pictured below.  However, the route has now disappeared from the March to Leave website, so either major shortcuts are planned or they are just trying to throw off the remoaners... 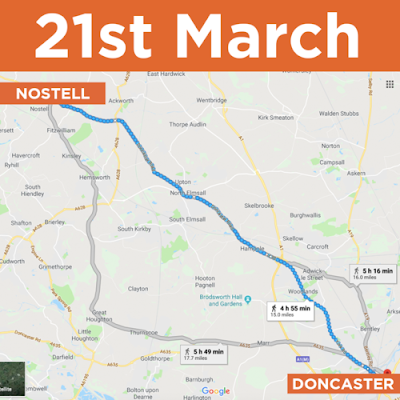