The March to Leave crossed into North Yorkshire today and ended south of Middlesbrough.  The turnout was down slightly and there was no Farage, but he's expected to return at some point along the journey.  The Guardian reports that the marchers received a warm welcome as they passed through Leave-voting Middlesbrough.

The Remain group 'Led by Donkeys' continued to goad the marchers, but today they were deterred by a police presence and their tactics constrained to mobile billboards.  A small protest did greet the marchers as they arrived at their overnight stop, but it's not likely to deter many. 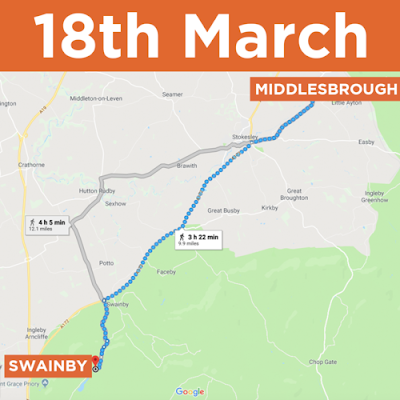