WELL, THAT WAS EMBARRASSING! 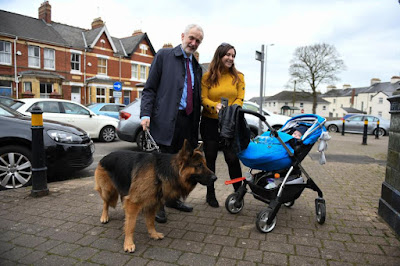 What a lovely photo.  A young lady, her baby and a big dog (for man points), you just couldn't ask for more in a photo opportunity.  It's got it all.

Except it wasn't quite as simple as that (is it ever for comrade Corbyn?) 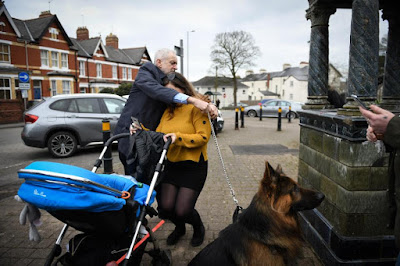 Now a German Shepherd can be a handful, especially if you're not used to handling them... 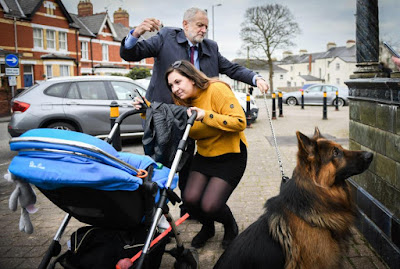 Except in these photos the dog is just sitting there.  What a muppet (the twat with the lead, not the dog).

Corbyn was speaking to local people after attending the funeral of his colleague Paul Flynn.  One witness told The Sun:  "He was in a dreadful muddle".  That is a sentence that could easily sum up his flip-flopping Brexit position!
at March 23, 2019