Chuka's Independent Group have clearly had a busy week planning for the future (all three years of it, if that).  Of course they'd rather have spent the week welcoming new members, but the flow appears to have trickled to a full stop.  Anyhow, they've allocated their roles... 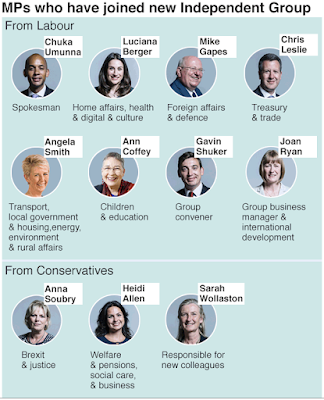 No surprises to see Chuka as de facto leader aka "spokesman", but interesting to see some of the other choices.  Poor Gavin Shuker has been designated "group convener", a title that sounds about as important as that of teaboy!  Surely 'chairman' would have sounded better?  Sarah Wollaston also appears to have gone to the bottom of the pile as her role sounds like someone who answers the front door at a house party.  The problem with that analogy is the doorbell hasn't rang since she and her Tory colleagues signed up.

Soubry is responsible for Brexit, a role more accurately described as 'stopping Brexit'.  Angela 'Funny Tinge' Smith has got a surprisingly big portfolio for an idiot.  Berger, Gapes and Leslie appear to be Chuka's top dogs.

It's all moot, of course.  None of them will be MPs after the next election. 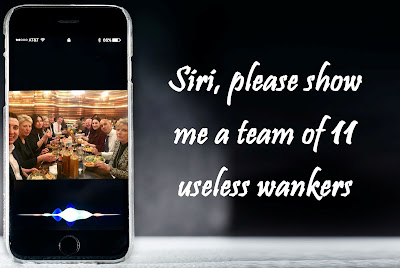