A soft drinks firm has followed in the footsteps of Burger King by exploiting the leftist 'milkshaking' craze.  Plenish Drinks, manufacturer of organic plant based drinks (yummy), set up a stand outside a polling station in Nigel Farage's constituency. 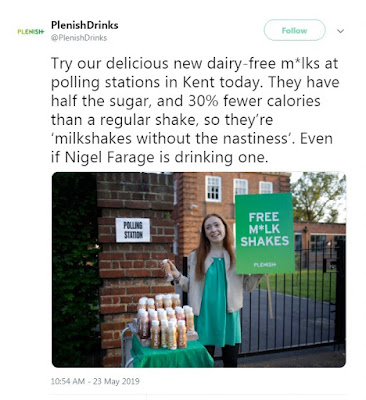 This was the same day an 81-year-old former Paratrooper was doused in milkshake and understandably the stunt backfired on Plenish.  The review section of their Facebook page swiftly disappeared and there was furious backpeddling on their Twitter page.  It was a "joke" they said, and claimed they were not actually standing outside polling stations today.  That somewhat contradicts what we can clearly see in their tweet and also pictures in the media showing the milkshakes being handed out to members of the public. 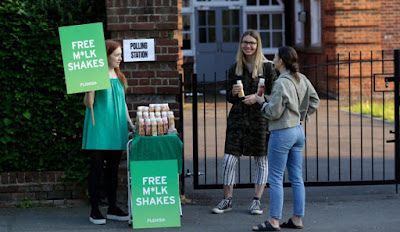