When you're trying to be all things to all people at some point there is going to be a clash.  Labour will discover this tomorrow night when, as expected, they lose the European elections from a winning position just six weeks ago.  Furthermore, trying to appeal to every minority going will also lead to conflict.  Prioritising Muslim voters on one hand while virtue signalling to the LGBT community on the other is not going to end well.  That is exactly what Labour is discovering in Birmingham right now.

Protests against same sex education have been going on outside two schools in Muslim areas of the city for several months now.  Senior Labour figures have kept well away from the issue, but earlier this week loudmouth Labour MP Jess Phillips came face to face with the protest leader - who, it should be noted, not only doesn't have any children attending the school - he doesn't have any children full stop.  The Islamist was flabbergasted that a Labour MP was not there to support his protest, given the party's reputation as the 'Muslim party'.  Jess romanticised about a 'peace-loving' Muslim community she grew up in, but any Brummie not wearing the same rose-tinted spectacles will surely tell you that there is not much peace to be had if you are a native daring to walk through Muslim parts of the city at night.

Today was the annual gay pride march through Birmingham city centre.  Labour was there in force, with party activists, councillors and MPs all jostling for position to show themselves as the 'LGBT party'.  Senior figures, including MP Liam Byrne and council leader Ian Ward, were seen holding placards that read "Inclusive education for all".  This will go down like a lead balloon in the Labour Muslim strongholds around Birmingham... 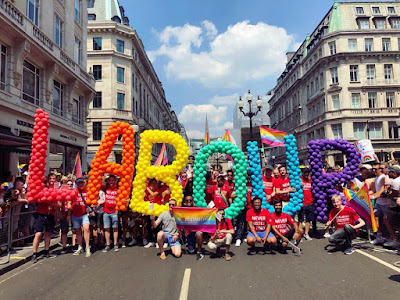 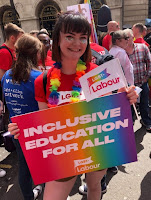