SNOW WHITE AND THE CORBYNISTA

The Seven Dwarfs left early one morning to go and work in the mine.  It was tough being on zero hours contracts, but they were grateful for the call that day.  Because of the wicked patriarchy Snow White stayed at home to carry out domestic chores.  At lunchtime she would take their lunches down to the mine.


One day as she arrived at the mine and there had been a terrible accident.  The capitalist owners had not followed health and safety guidelines and as a result the mine had caved in.

Tearfully, and fearing the worst, Snow White called out into the darkness.  "Hello, hello, can anyone hear me?"  She was greeted by silence.

She kept calling and eventually a faint voice called back.  "This would never have happened under a Corbyn government!" 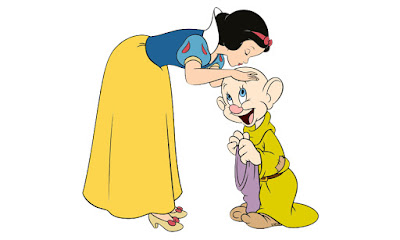