The cowardly remoaner who wrote the disgusting 'gammon' tweet yesterday has not just deleted the tweet, he's deleted his Twitter account.  Fortunately we screen-capped his moment of shame, so here it is one more time... 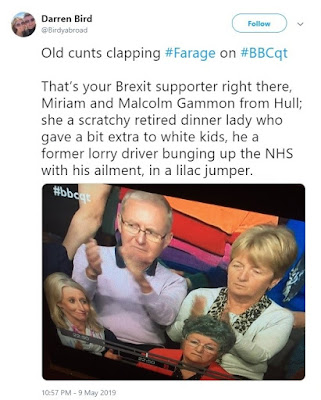 He's still on Facebook, where he can be seen mocking UKIP members and Brexiteers in general. 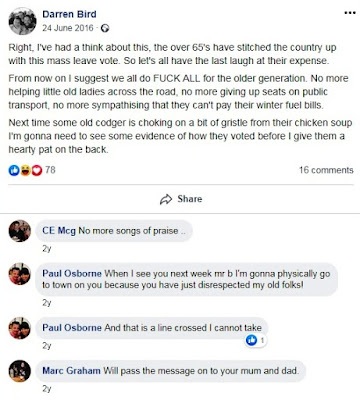 Darren is originally from the south east of England, but now lives in rural Devon and works as a media lecturer at South Devon College.  He should work at the Billy Bragg school of white flight hypocrisy.  One more thing to note about Darren is that while he appears to hate elderly white folk, he's clearly no spring chicken himself... 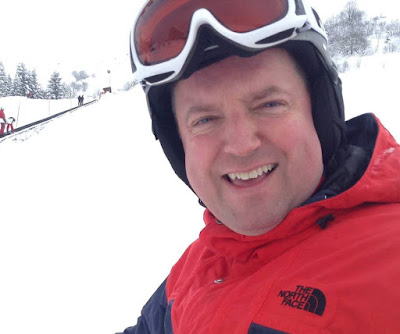