DICKIE GETS HIS FLAGS WRONG

Several leading Labour lights attended the Palestinian demo in London on Saturday.  Diane Abbott, Lloyd Russell-Wotsit and Dickie Burgon were all there, the latter sending out a series of tweets to virtue signal to his Muslim constituents.  Sadly, for hapless Dick, he used the wrong flag to sign off... 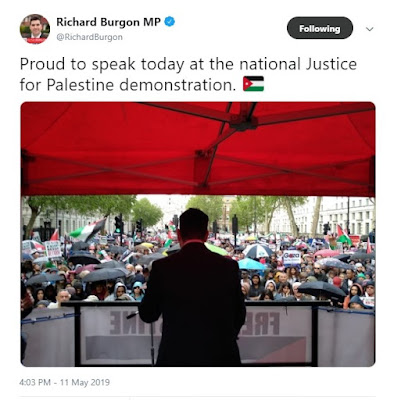 The tweet is still there at the time of writing, but he'd probably still deny ever posting it knowing our Dick the serial liar.
at May 14, 2019