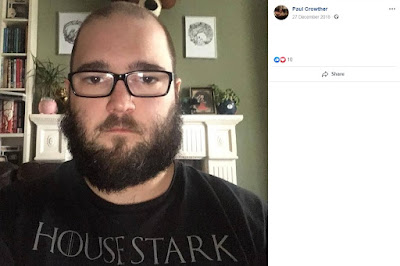 The Labour Remain muppet who threw a milkshake over Nigel Farage earlier today has deleted his Facebook account and locked down his Twitter account.  He was very cocky before and after the 'attack', posting publicly visible updates to both accounts.  With his picture now circulating the internet and national media, he's not so cocky now...

The internet never forgets either, so his face will be stored in search engines for years to come.  What a twat!

His cowardly response mirrors that of other nasty remoaners, including Darren Bird.  He issued an obscene, offensive and racist tweet following Nigel Farage's recent appearance on the BBC's Question Time.  The outrage that followed led him to delete his Twitter account (it's still down at the time of writing).
at May 20, 2019