An 81-year-old Brexit Party activist has become the latest victim of the leftist craze known as 'milkshaking'.  Don McNaughton, an ex-Paratrooper, had the milkshake thrown over him outside a polling station in Aldershot this morning.  In stoic fashion the old boy laughed off the incident afterwards...

Mr MacNaughton served in Her Majesty's Armed Forces for 22 years after emigrating from Canada in 1960.  He settled in Aldershot after he left the army in 1982 and wrote two books about his service - They Stood In The Door and They Stayed A Soldier. 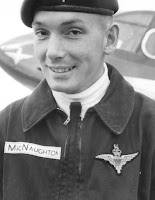 Although Mr MacNaughton clearly wasn't fazed by the incident, Hampshire Police are investigating after someone else made a complaint.


"We received a report at 10.06am from a third party about an assault on a man in his 80s at North Lane, Aldershot.  We are investigating the incident and are trying to make contact with the victim”.
Hampshire Police spokesperson

The incident has sparked a national outcry and is sure to have gifted the Brexit Party an untold number of extra votes.  A local woman posted a furious response on her Facebook page. 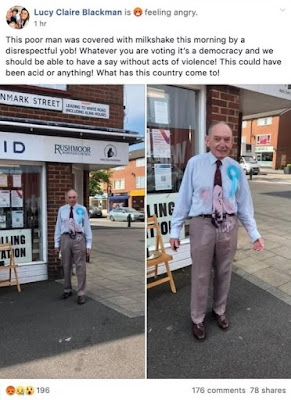 The leader of the Brexit Party tweeted his own disgust. 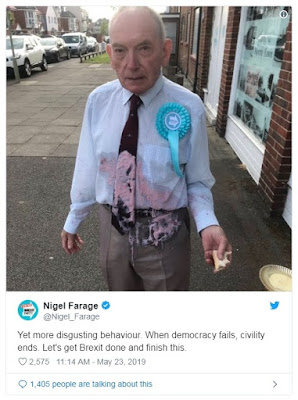