This BBC graphic provides a bigger picture of opinion polling for the Euro elections, drawing on six separate polling organisations.  The graph reveals that the introduction and rise of the Brexit Party coincides with a steady decline for both Labour and the Tories.  Support for UKIP has also dropped off in the same period.  The only hard Remain party that has shown any significant rise in support is the Lib Dems, but the upward trend of their polling is nothing compared to the meteoric rise of Farage's party. 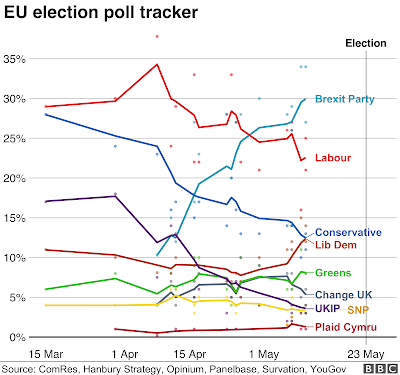