It wasn't so much what was in the Russia report that set Remainers' tongues wagging, rather what wasn't in it.  Four years on there is still no proof whatsoever that Russia interfered in the EU referendum, but that didn't stop remoaners from surmising that a failure to investigate it meant it happened!  As per usual, whenever there is a question over Brexit the mainstream media call on their favourite correspondent to angrily tell viewers that Remain was robbed.  "Lies" and "fraud" were buzz words as Campbell ranted about a decision that was made by voters years ago in a referendum in which his own side lied - and threatened - aplenty.  Cameron even called in the US president to tell Brits that they would be put at the "back of the queue" if they dared to vote Leave.  How's that for foreign interference Alastair?

Of course it's always the height of hypocrisy to have a man responsible for one of the most devastating lies of the 21st century lecturing people about lies... 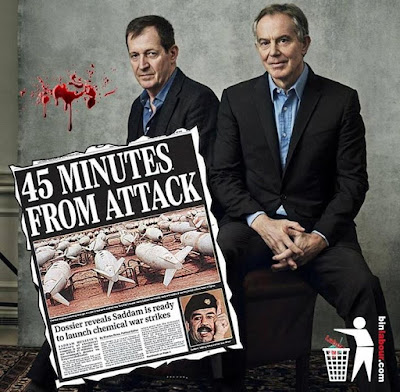