For the second week in a row the most shared title is related to the return of Daesh terrorist Shamima Begum.  After appeal court judges ruled that she must return to the UK to plead her case (and therefore never leave) it was revealed that Keir Starmer was one of many Labour frontbenchers who condemned the government's decision to strip her of British citizenship.  He told Sky's Sophy Ridge in March 2019 that the then home secretary was wrong to do so and argued that measures were in place to facilitate her safe return (all extremely costly to the British taxpayer).  The video is here. 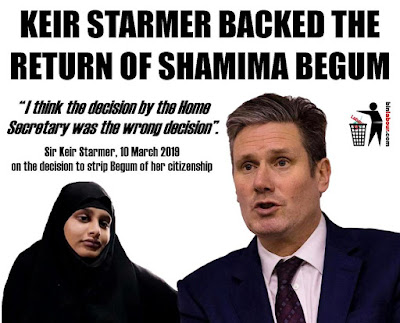