The hard left continue to cancel themselves as another member of Starmer's front bench departs.  Lloyd Russell-Moyle has stood down as Shadow Minister for Natural Environment and Air Quality blaming the 'right-wing media' for causing him 'stress'.  His appointment to Starmer's front bench raised a few eyebrows at the time given his past behaviour.  In December 2018 he grabbed the ceremonial mace in the Commons and marched off with it before handing it back and being thrown out.  A year later following his re-election as the MP for Brighton Kemptown he gave an extraordinary acceptance speech in which he ranted and raved like a lunatic.  In the last few weeks he has issued two apologies - one for a spat over trans rights with JK Rowling and the other for comments on Jewish claims to Israel.

Russell-Moyle has released the following statement on his resignation. 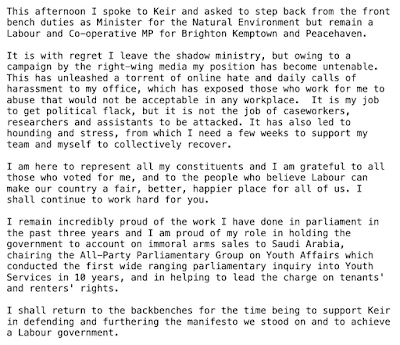 Russell-Moyle is the second double-barrelled departure in less than a month following Rebecca Long-Bailey's sacking.  The mini-exodus leaves a tiny handful of Corbyn loyalists on Starmer's front bench, the most senior of which is Andy McDonald (Shadow Secretary of State for Employent Rights and Protections). 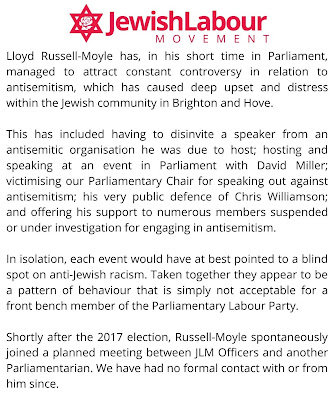