They're already compulsory in Scotland and face coverings are now mandatory in shops in England too.  Northern Ireland will join in on August 1, but oddly the only part of the UK with a Labour administration has no plans to enforce masks in shops.  Mark Drakeford has been stubbornly slow to get Wales out of lockdown and the hospitality industry cannot re-open fully until August 3.  His socialist administration is keen on taking liberties and unbelievably they are looking to ban smoking outdoors if they form the next Welsh government.  While it's surprising that such left-wing control freaks have not leapt at the chance to tell people to mask up, perhaps it's more surprising to see a libertarian Prime Minister suddenly announce that shoppers in England would have to.

The move has been eminently more controversial than lockdown.  A recent YouGov poll suggests that support for mandatory masks in shops is at 80 per cent, while support for lockdown was 93 per cent.  However, the spread of the virus has been in decline for months, so the timing has raised a few eyebrows. 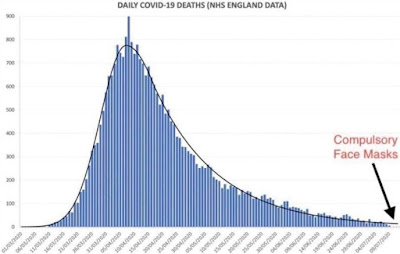 While the YouGov poll had a pitiful sample size - 1,600 - our recent Facebook poll on the same topic attracted 11,000 votes.  The result was much more polarised with 53 per cent in support of the move.  Was this indicative of conservative opinion or was it more reflective of a greater split in the general population?  Four months earlier our lockdown poll was almost identical to YouGov's - support at 94 per cent after 13,800 votes.  The disparity on face masks is huge. 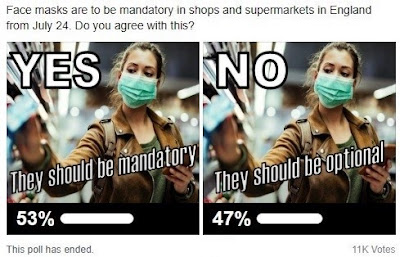 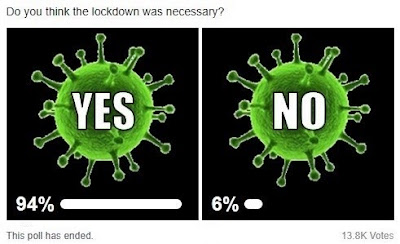 In the days leading up to the introduction of mandatory face masks in England there does not appear to be an overwhelming enthusiasm for masks in shops.  Richey went shopping on Wednesday and found that in one store - B&Q - not one person inside that store wore a mask.  In the supermarket it was a different story, but still only around half of shoppers were masked up.  Will the other half suddenly reach for their masks come Friday?  Perhaps, but if you are unhappy and think the government is taking one too many liberties you can easily exempt yourself.

The Hidden Disabilities charity has produced an exemption card that can be obtained here.  It costs 55p + postage.  There are two exemptions handed down by the government that allow for ambiguity:


It's doubtful many fines will be handed out to shoppers who refuse to wear masks, especially if they know about these two easy cop-outs. 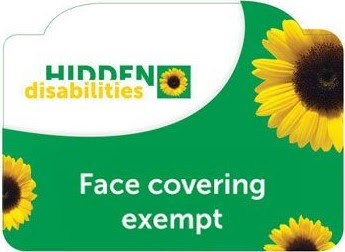