Despite the introduction of the new face mask rules in England, Jeremy Corbyn has been photographed in Islington completely ignoring them.  Corbyn was spotted inside a shop with his wife Laura, both mask-free.  Jezza notices the photographer and embarrassingly tries to make amends by grabbing his mask and holding it to his face, while his wife takes pictures of the photographer on her phone. 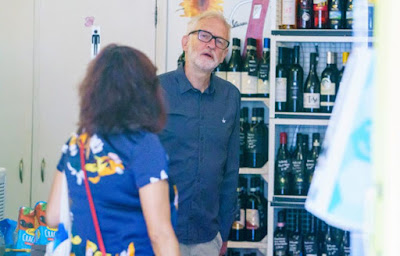 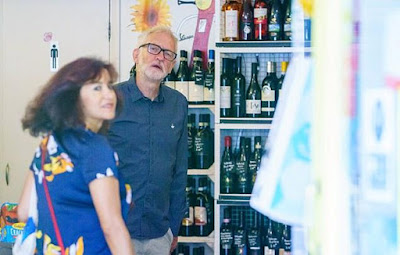 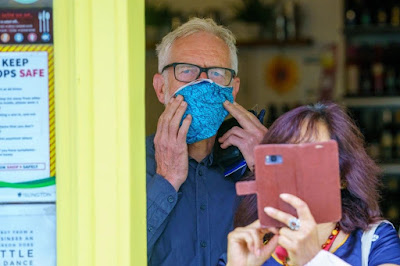 Corbyn manages to get the mask around his neck and pops into the Nationwide building society, but doesn't bother putting it over his face. 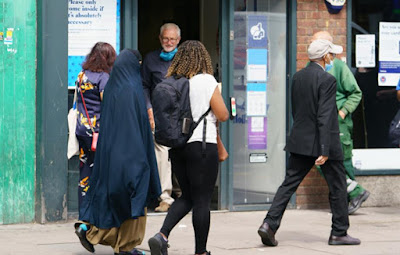 Bizarrely he only manages to wear the mask properly when he is outdoors and on his way home, cup of coffee in hand. 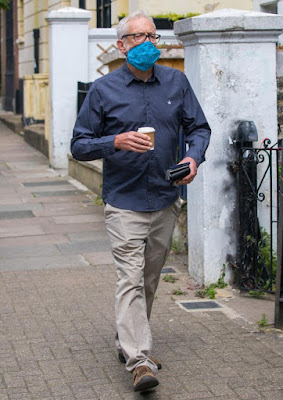 Jezza's contempt for corona rules is nothing new.  He consistently ignored NHS advice for the over seventies throughout the lockdown and instead of working from home insisted on giving interviews in person and continuing to attend Parliament.  And yet every Thursday at 8pm he was outside his house ringing his bell, cheering and applauding the NHS.
at July 24, 2020