DENHAM'S OVERTURES TO THE ENGLISH 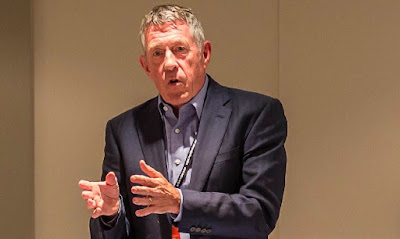 Ex-Labour minister John Denham has written a piece for the Mail in which he blames Labour's Hartlepool by-election disaster on the party's lack of English pride and identity.  Denham writes: "The party I represented as an MP and as a minister seems to have turned its back on England and Englishness.  It doesn't seem to care about England as an entity, as something distinct from Britain as a whole".  Such sentiment would chime with many English voters, but the truth is that Labour was turning its back on England while Denham was serving in Tony Blair's Cabinet.  Let's not forget it was Blair's government that tried to carve up England into regional assemblies in alignment with EU constituency boundaries, abolishing age-old county shires along the way.
While he is correct to say that Labour cares nothing for the English, his article represents the Blairite tradition of smashing our island into pieces and setting Britons against each other.  The rise of the SNP is not merely a consequence of Labour having taken Scottish votes for granted, its roots lie in Blair's devolution, which instead of strengthening the Union has only divided it.
There is nothing wrong with the Union flag that so many metropolitan Labour supporters despise.  Having just spent four years desperately trying to keep Britain in one union, the irony of hating a flag that is literally called the Union flag is lost on them.  As Sturgeon threatens another divisive referendum, the presence of our national flag has never been felt more north of the border than it is now.  Unionist Scots fly it not only in order to send her and her supporters a defiant message, but also to provide themselves with solace.  It is a reminder that they are connected to a larger family beyond Gretna.
If Labour politicians such as Denham aspire to connect with one member of that family it is a cause for concern, not celebration.  The Union flag does not work for Labour because everyone knows that Labour despises the British.  To fly in its place a Cross of St George is equally pointless because the English are a member of that family.  However, such a strategy would be embraced by those who seek to divide rather than unite our country.  Whether Denham knows it or not, his words are music to the ears of Nicola Sturgeon and other separatists who despise the existence of a United Kingdom.
at May 09, 2021