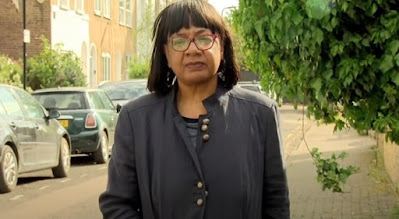 A somewhat dishevelled Diane Abbott spoke to Sophy Ridge this morning and unsurprisingly defended Jeremy Corbyn against accusations that he was somehow to blame for the election disaster.  Asked about where the party goes from here, Diane reeled off the same speel that Corbyn trotted out on Friday about Labour's 2019 manifesto being so 'popular'.  Ridge responded: "They weren't popular though were they?  They led to your worst defeat since 1935!"  Ouch.
Diane did have a reasonable comeback for Peter Mandelson when Ridge put his anti-Corbyn remarks to her: "We won Hartlepool twice under Jeremy Corbyn's leadership".  Asked about whether Labour's woes were in part down to its London-centric dynamic, Diane was defensive: "I'm speaking to you from east London and we have as much child poverty as anywhere else in the country".  Such an attitude only validates the problem that Ridge was trying to convey.
Click below for the full interview.
Diane looked arguably worse for wear during this interview, but then this was a morning show and it's not a weeknight, so we shouldn't be too judgemental!
at May 09, 2021