It's fair to say that social media has been pretty brutal in mocking Labour's historic election defeat.  On Twitter many quickly turned to Corbyn's potential successor, a debate that emerged before the corpse of Corbynism had gone cold.  Many Twitter users used this speculation as a further opportunity to mock the absolute state of the Labour Party.

Within 24 hours of the election defeat #BackBurgon began trending.  The notion itself is clearly absurd, but the Twitter account pushing the message was well produced and looked on the surface to be sincere.  Even Dickie Burgon himself was asked about it by Sky's Sophy Ridge, to which he claimed no knowledge.  Of course he didn't have anything to do with it - this was a Twitter user cleverly exploiting the car crash of choosing Corbyn's successor and mocking what is an exceptionally poor field of potential candidates.  The account has now been disabled, although another has sprung up in its place. 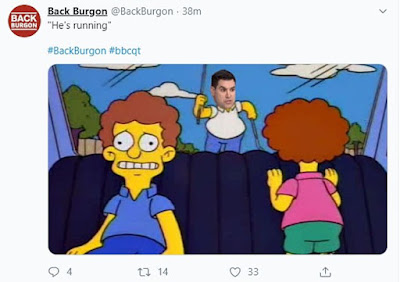 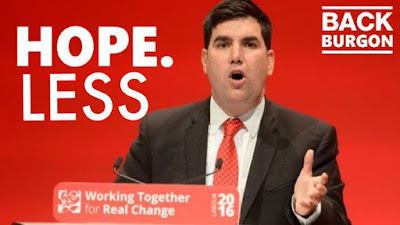 Following the hilarity of #BackBurgon there came #ReadyForEd.  Again, the account pushing this message appeared genuine on the surface, however absurd its message.  We expect that the fun and games at Labour's expense will continue for some time to come as there is currently no name in the running that possesses any degree of gravitas or credibility to tackle Boris. 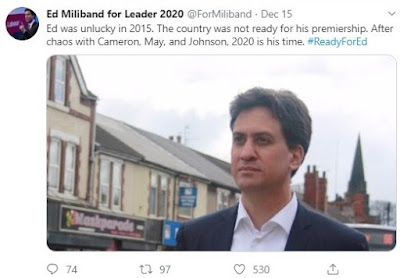 For our part we tried to breath some life into the #KeepCorbyn hashtag, but that ship appears to have (finally) set sail.