Last month we reported on the antics of Thomas Chambers as he tricked Corbyn into signing a declaration of support for Britain's enemies (see video below).  Now Thomas and his dad Alastair are going to give Corbyn one last kicking before Thursday's election.  They are auctioning off the signed declaration on eBay and proceeds are going to... an Israeli children's charity!  It's a move sure to trigger Corbyn's band of anti-Semites.  The auction is starting at £50 and proceeds will go to the Lev Lalev Orphanage. 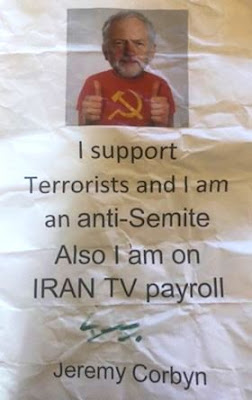