ON THE FOURTH DAY OF CHRISTMAS...

We bring you this offering from the 17th of January, originally shared 12,493 times.  It refers to Corbyn's boycott of Brexit talks with Theresa May and his dismay at being undermined by several of his own MPs.  Hilary Benn, Yvette Cooper and John Mann were reportedly among those who had unilaterally took part in negotiations with the then Prime Minister. 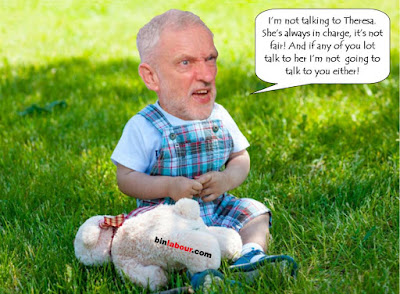 The Twelve Memes of Christmas is an annual countdown of the most shared memes from our Facebook page throughout the course of the year.
at December 28, 2019

Email ThisBlogThis!Share to TwitterShare to FacebookShare to Pinterest
Labels: 12 Memes of Christmas 2019/20