A Devon rapper has released an epic take down of Jeremy Corbyn.  Exeter-based Charlie Rowe, aka 'Crowe', appears in a very funny promo video that accompanies the track.  Entitled "Rhyme Minister (Corbyn Diss Track)", the video was filmed on location in London and if these photos are anything to go by it looks like they had a hoot. 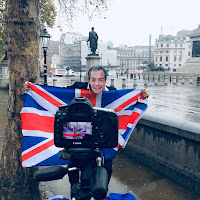 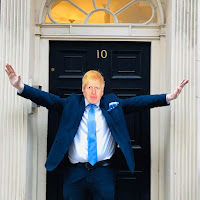 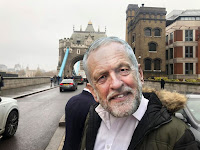 As you can see the video portrays three of the party leaders, but while Boris and Nigel are waving the Union flag, Jeremy is draped in the EU flag.  The track opens with a Nigel Farage sample (!), while the lyrics attack all things Corbyn, primarily the way in which Labour would crash our economy.  Watch the hilarious music video below.


Crowe has told us that more projects are in the pipeline and will appear on his new YouTube channel - Crowe TV - where he will rap about relevant news topics, aided by team members Alastair Chambers and Andre Walker.  You can also follow his antics on Facebook and the tune itself is available via Spotify and iTunes to follow.

Crowe has kindly sent us his lyrics and they are reproduced in full below.

Jeremy CORBYN
Labour's falling
Ya plans are stalling
Ya can’t afford em supports abortion proceed with caution
1.2 trillion endorsement
How you gonna pay for this s*** now CORBYN?
First you up taxes then it’ll be organs
You stuck in the days of the black board chalk an
Rich Tea biscuits custard creams an bourbons
This Labour Party kick the door I’m crashing
Still no Brexit MAKE IT HAPPEN
I know ya getting old with your SLOW REACTION
Worthers Original in ya chair relaxing
Jeremy / I don’t like your energy
Ya don’t like the Jews
Well that ain’t friendly you the enemy
Yeah that’s what they telling
Don’t even care if this rap is the end of me
Conservative
I’m backing Boris
There’s no alternative
I’m just being honest
You want the UK to accomplish
So don’t let Corbyn in the office
Cuz if you do we will abolish
This whole country uh that I promise
The Rhyme minister ain’t just a novice
So here we go let’s sing the chorus

Ya got tricked by a kid
At ya own event
An ya signed at the bottom
With ya favourite pen
It said I support terrorists
I consent
You got fooled by a kid in school ya grown men
Half of ya politics don’t make sense
You a greedy guts
You’re gonna over spend
Build my business up I plan to ascend
Then you come along an' take 10%
So many of ya MPs have resigned
It’s okay old man ya losing your mind
Yeah an I heard all about you & Abbott
At it like rabbits
Left ya socks on
That’s a bad habit
Sex tape locked up safe in the cabinet
An' guess what I got the key
You ain’t having it
You’re gonna ruin this country
Lend to much money
Spend it on rubbish
Leave the people all Hungry
If you was in power
Number 10 on Monday
I'm with Lord Sugar
I'd be gone by Sunday
So please people don’t vote
You need to think of ya children future and and hope
They won’t Cope if this man pushes his plans
And gains control
Crowe 1 Corbyn 0
I just thought you ought to know...uh Oh