On a routine scan of senior leftists this afternoon it came to our attention that the former shadow chancellor's Twitter account could not be found.  Naturally our first instinct was concern for his well-being.  Having recently departed the front bench with a record of abject failure behind him, one could understand our worry.

Fear not comrades, for John McDonnell's newfound insecurity has manifested itself in him hitting Twitter's block button.  We are now muted. 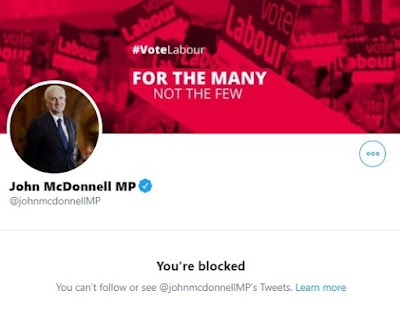 McDonnell joins the likes of Diane Abbott, Lord Adonis, Dawn Butler, Owen Jones and Angela Rayner in blocking our Twitter account.  It's a mystery as to the timing, as we have neither tweeted him or mentioned him on Twitter this week.  Obviously he has more time on his hands now he is surplus to requirements and we are honoured to have been singled out from such a huge following.  Thankfully we can still keep tabs on his exploits via the magic of opening up a different web browser. 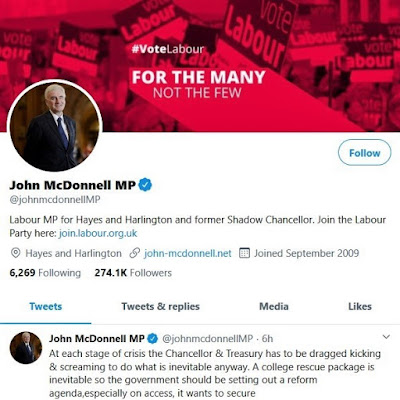