LANSMAN HITS OUT OVER CARTOON

Momentum founder Jon Lansman has lashed out at Evening Standard editor George Osborne this afternoon in a row over a cartoon.  Lansman, who is Jewish, says Christian Adams' cartoon for today's edition of the newspaper is 'anti-Semitic'.  The cartoon features a depiction of Labour's Ed Miliband holding a bacon sandwich.  See below. 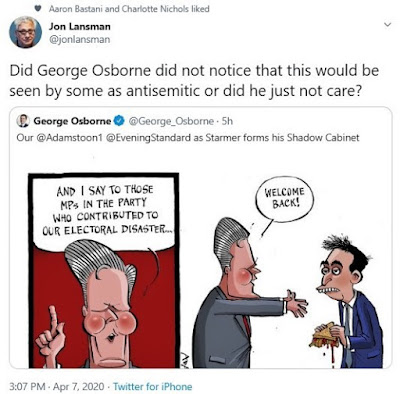 Miliband is a non-practising Jew and was famously photographed making a pig's ear of eating a bacon sandwich prior to the 2015 general election.  The cartoon shows Ed holding a bacon sandwich, although it is not clear if this is what has upset Lansman.  In addition to criticism aimed at Osborne, who is the editor of the newspaper, the artist has been forced to defend himself on Twitter this afternoon.  Some have suggested that Miliband has been given a hooked nose, a classic anti-Semitic stereotype, but Adams pointed out that he merely drew Ed's actual nose... 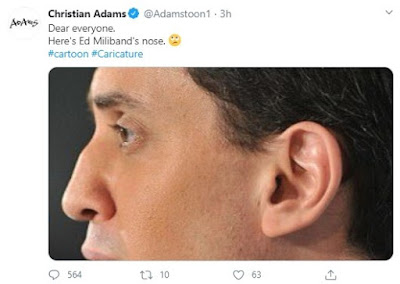 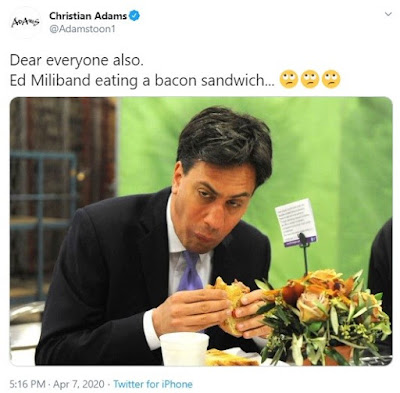 Labour's Anna Turley was also among those criticising Osborne and Adams.  Wonder if the likes of Lansman and Turley were similarly vocal when The Guardian printed the following depiction of Priti Patel - who is of Hindu extraction - as a bull? 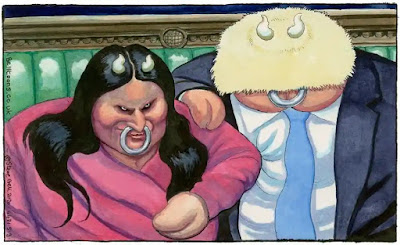 This is more offensive than Ed and his bacon sarnie, surely?

Perhaps Lansman is still smarting from the way in which Osborne was smirking when Alan Johnson was tearing into him on election night...