While Keir Starmer has loaded his shadow cabinet with unapologetic Remainers like Dodds, Lammy and Reeves, two noticeable absences were Hilary Benn and Yvette Cooper.  Those two did more than most to block Brexit last year and there had been speculation they would be included, but perhaps their names were too toxic even for EU fanatic Starmer.  Smart move.

Cooper spent a fair bit of time on TV screens yesterday in her role as chair of the Home Affairs Select Committee.  Due to coronavirus the meeting was conducted virtually from members' homes.  An eagle-eyed journalist from Buzzfeed noticed there was something going on in the background on Yvette's wall.  There was a picture frame in the far corner, but next to it were three hooks suggesting other picture frames had been removed.  What was it she didn't want viewers to see? 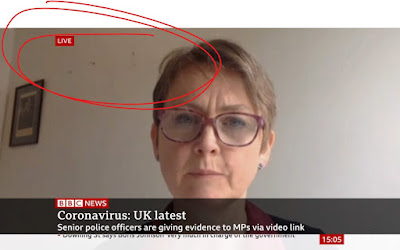 Some off the wall suggestions included pictures of husband Ed prancing about on Strictly Come Dancing, her former boss Bill Clinton wearing Monica Lewinsky's dress and best of all - the infamous 'Ed Stone'.  As there are three hooks could it be portraits of each of the European Union presidents?  Unlikely, as Cooper has never shown any remorse for her role in blocking Brexit.  The truth is probably something mundane like pictures of her children, but speculation is fun...

If the missing frames included something controversial, then what could be more controversial (and hideous) than the following image? 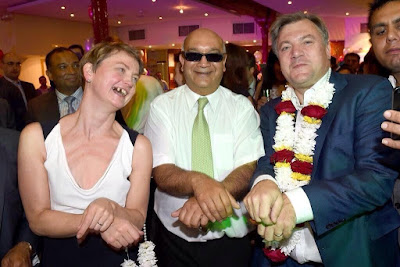