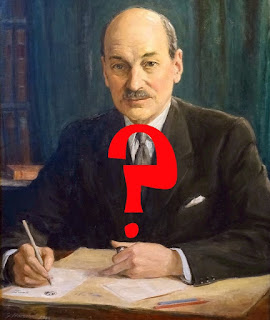 When YouGov conducted its most recent leadership poll of 1,005 Labour members, they asked a series of questions.  One of those questions unearthed a shocking statistic - more that one quarter of those asked said they didn't really know who Clement Attlee was.  The same question revealed that Corbyn was the most popular leader from the last century among Labour members, with Ed Miliband in second place - yes, seriously.  This is perhaps an indicator of the youthful nature of the membership, but also a marker of how extremely ignorant and bereft of knowledge they are too.  One in five appeared to know little of John Smith either, a much more recent leader and another held in high regard.

The hard left nature of the membership is also starkly illustrated by their attitude to Tony Blair, the only Labour leader who has an unfavourable rating.  Still, can't beat that statistic that one in four don't know anything about the man who is often cited as one of the greatest - if not the greatest - prime ministers this country has ever had.  Sad.
at January 22, 2020