Unite's decision to back continuity Corbyn candidates for Labour's leadership roles hasn't gone down too well in some circles.  Two councillors in Tameside, Greater Manchester , announced their decisions to quit the union in protest.  Cllr George Newton and Cllr Jack Naylor were particularly upset at the endorsement of braindead Corbyn loyalist Richard Burgon. 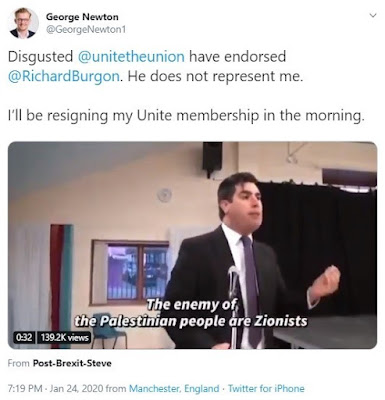 Naylor indicated he was joining the GMB, a union backing Lisa Nandy for the leadership. 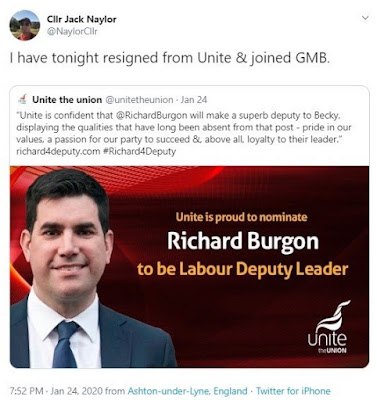 One wonders how many more Unite members will have cancelled their subs over this slavish endorsement of the far left.
at January 26, 2020