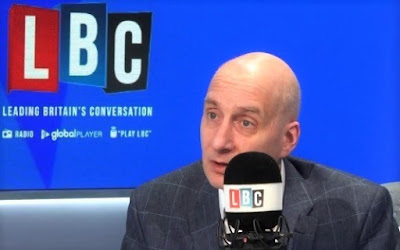 Ultra remoaner Lord Adonis has lashed out at so many politicians since June 2016 it's probably easier to list the people he hasn't criticised. Speaking to LBC's Andrew Pierce he was asked about his backing for Keir Starmer in the Labour leadership contest.  After espousing Starmer's 'qualities', Adonis was then swiftly ambushed with something he'd previously written about Starmer:  "A consistent disappointment and failure throughout the Brexit process".  As Andy squirmed in his seat, Pierce hit him with more unfortunate quotes including this classic:  "He is not a leader in any form".  Adonis's first response was to claim that he'd written it in the "early stages of the Brexit process", to which Pierce fired back:  "It was a year ago!"