With less than three days to go until nominations close and only four in the bag, one might expect Clive Lewis to throw in the towel at this point.  Not a bit of it.  Today he announced he was unveiling a 'manifesto' for his prospective leadership this Sunday.  He preambled that announcement with a desperate publicity stunt in which he called for a referendum on abolishing the monarchy.  It's obviously a sore subject at the moment and very sad to see an ex-squaddie resorting to kicking them while they're down and disrespecting the very symbols under which he served.

After receiving the kind of backlash he probably would have expeced, Clive tried to suggest he didn't want them abolished after-all...


In response to my comments about the royal family. I didn’t say they should be abolished, I have lots of respect for the hard work they do. I simply think the question about their size & the money they receive should be one for the public. Asking these questions is democratic.
— Clive Lewis MP (@labourlewis) January 10, 2020


Of course there's somewhat of an irony in Clive Lewis talking about the democratic values of staging referenda.  He's spent the last three and a half years trying to get the last one overturned. 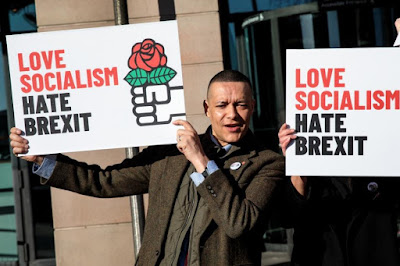