NAZ SHAH ASKS FOR IT

The odious member for Bradford West asked Twitter on Thursday whether the government had a "moral conscience".  Naz was referring to Labour's defeat over unaccompanied child migrants.  This is an issue that has had Labour MPs up in arms in recent weeks, while at the same time deafeningly silent over the mass rape of our own children by grooming gangs.  The hypocrisy and betrayal hasn't gone unnoticed, but even amid the depths of scum and villainy of the modern Labour party - Naz Shah stands out. 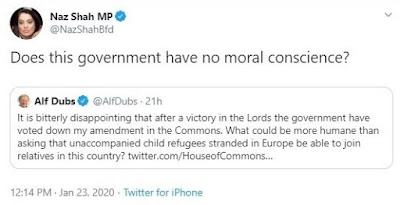 They say the internet never forgets, well going by the responses to Naz's tweet yesterday - neither have a lot of people.  After-all, wasn't it a bit rich for her to be taking the moral high ground... 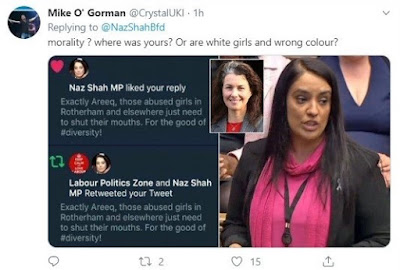 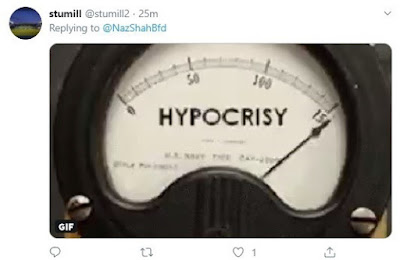