Last week Corbyn showed his spiteful side once again by nominating one of the key architects of the Brexit stalemate of 2019.  His nomination of John Bercow for a peerage was yet another affront to the Brexit heartlands.  Boris Johnson suggested that the nomination would be thrown out on the basis that Bercow is not a Labour member.  One suspects that the insidious Bercow would happily put his name to an application form if this meant his continuation on the Westminster gravy train.  Further revelations about Bercow's bullying have emerged in recent days and what Corbyn initially intended as a 'fuck you' is swiftly becoming another embarrassing own goal. 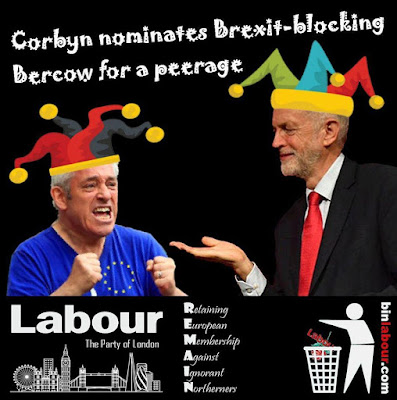