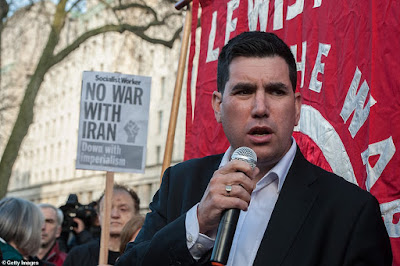 Two Labour frontbenchers addressed 'anti-war' protesters yesterday outside Downing Street.  John McDonnell and Richard Burgon used the leftist rally to attack President Trump and the United States, while ignoring the other side entirely.  Supporters waved Socialist Worker placards that read "Down with imperialism", but their beef is limited to US and Western imperialism - the only crime they can possibly perceive.  Never mind that Iran and its proxies have been whipping up conflict and expanding their influence across the Middle East for decades.  There's currently a proxy war raging in Yemen, but funnily enough there's nothing about that on any of their placards.  Iranian aggression is ignored by the left, just like Islamist terror.

One thing is for sure - if Iran was a white, predominantly Christian nation they wouldn't be so willing to turn a blind eye. 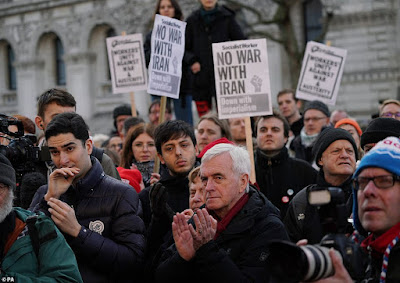