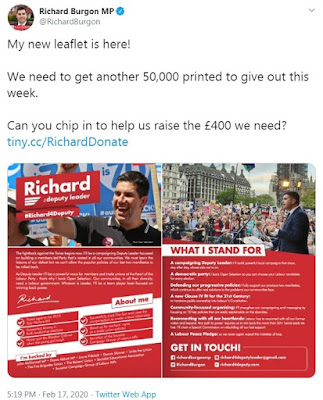 An MP draws a £79,468 salary (not including the famously generous expenses).  This basic salary will rise to £81,931 in April.  Yet here is Dickie Burgon asking his supporters to "chip in" to raise a paltry £400 to pay for his campaign leaflets - a sum of money he earns in just two days.  While it's fair to say that in modern metropolitan middle class Labour many of his supporters will be on a similar wage to him, but of course many will not.  Shameless. 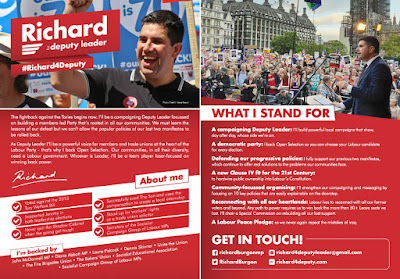