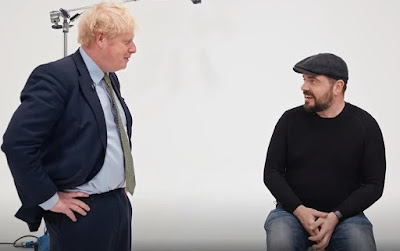 The Conservatives have released a charming little video in which Boris Johnson surprises an unsuspecting first time Tory voter.  Former Labour voter David, from Bolton, was discussing his decision to switch, but unbeknownst to him Boris was waiting behind a screen Jeremy Beadle-style.  After the surprise is sprung and David's shock subsides, the pair engage in a warm chat about the north-south divide.  If Boris is as attentive to the north over the next five years as he was with David, Labour are truly screwed.  Watch the full video below.