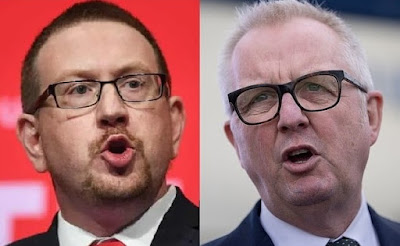 Ex-Labour MP Ian Austin has taken one of his former colleagues to task on Twitter.  When Andrew Gwynne tweeted a soppy message of adoration towards Gordon Brown he could have expected a barrage of abuse from the hard left, but also found himself on the end of a tirade from former Brownite minister Austin. 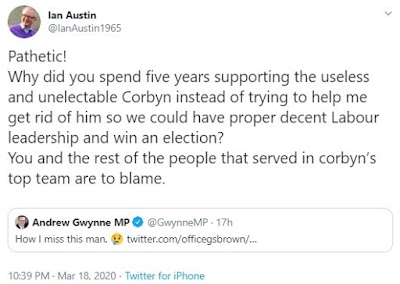 Gwynne responded by pulling the coronavirus card, but Austin was having none of it... 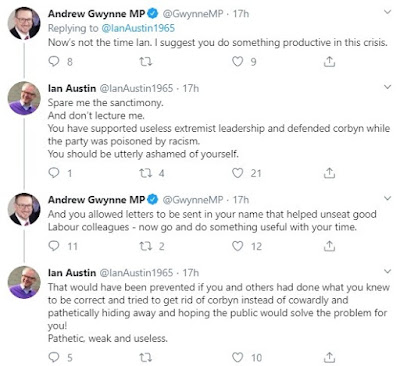 Both men were elected in the 2005 general election, but it was Austin who went on to serve in the Brown government, both as a minister and a whip.  He represented Dudley North until he stood down before the 2019 general election, having resigned from Labour in February 2019 in protest at Jeremy Corbyn's leadership.  Gwynne continues to represent the Denton and Reddish constituency in Greater Manchester, having been re-elected in December with a hugely reduced majority down from 14,077 to 6,175.