BORIS WRITES TO US ALL

In the next couple of days every household in the UK will receive the following letter from the Prime Minister (click to enlarge). 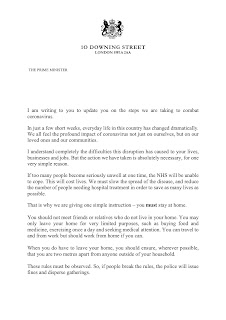 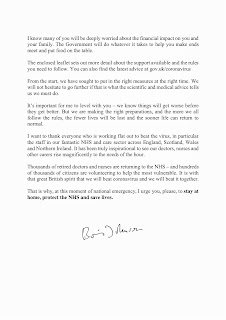 The letter is intended to reinforce the existing message and also to prepare us for worse to come.

When it was posted on social media the letter received a wave of abuse from left-wingers and Remainers, still bitter from the defeats inflicted upon them by Boris Johnson.  One of the most triggering sentences for them is the use of the term "British spirit", something they don't have and which is currently trending on Twitter and attracting much of their bile.