The petition calling on the government to released the Home Office report into grooming gang activity has doubled in size over the weekend.  The government was obligated to respond when it crossed the 10,000 threshold four days ago.  The response is yet to materialise, although they've a lot on their plate at the moment to be fair.  The petition will cross the 100,000 threshold in the next few hours, making it eligible for a debate in Parliament.  Labour's suspension of Trevor Phillips has already brought this scandal back into the news again, so it's vital to keep up the pressure.  Click on the image below to sign. 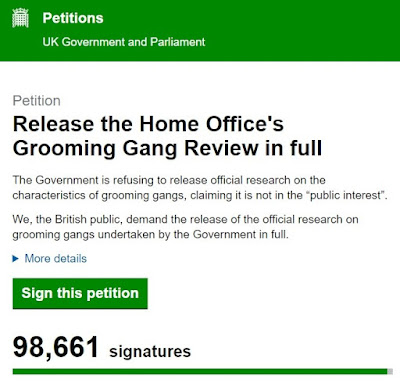 As expected, the petition will now be considered for a debate in Parliament. 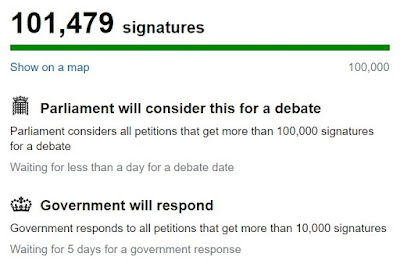